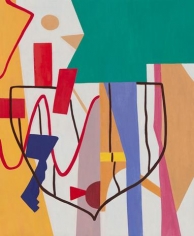 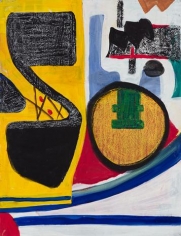 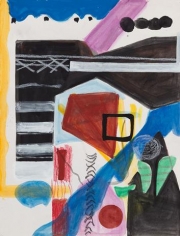 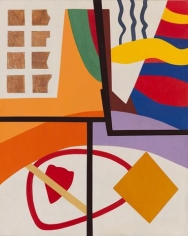 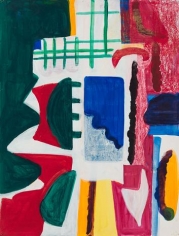 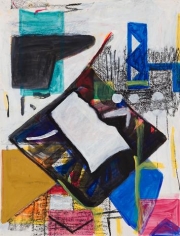 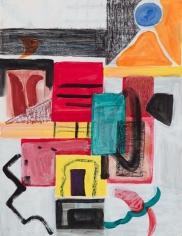 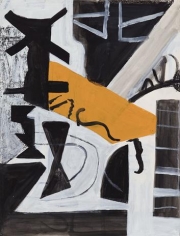 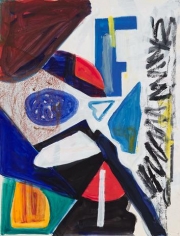 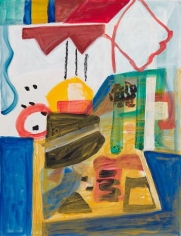 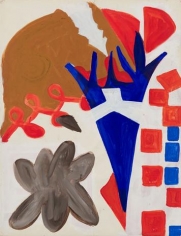 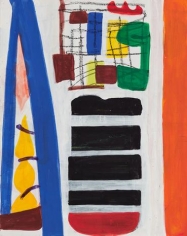 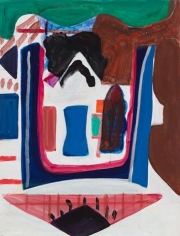 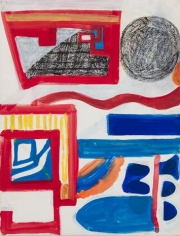 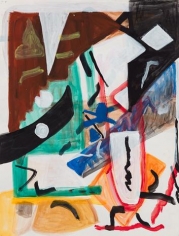 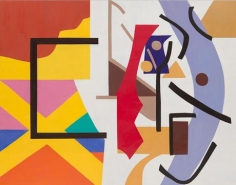 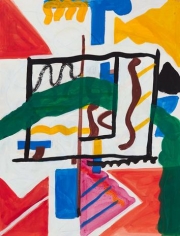 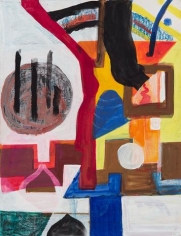 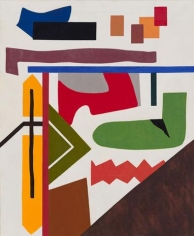 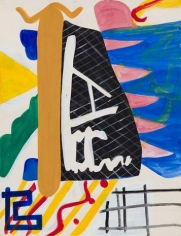 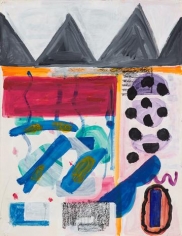 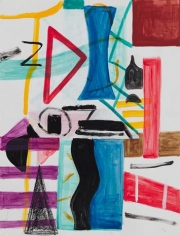 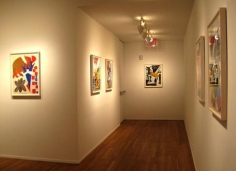 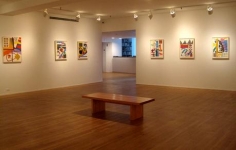 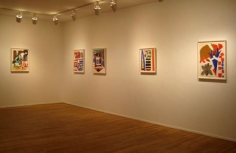 
The Tibor de Nagy Gallery is pleased to present its fifth exhibition of works by the 91year old Paris-based American abstract painter Shirley Jaffe. The exhibition combines a selection of paintings and mixed media works on paper. The exhibition celebrates the recent publication of Shirley Jaffe: Forms of Dislocation, a major new monograph by Raphael Rubinstein (Flammarion).

Characterized by her signature colorful shapes and scriptive lines though far more loose in their brushwork, the works on paper have never before been exhibited in the United States. Whereas her paintings on canvas usually involve months of struggle before a composition is complete, the paintings on paper liberate Jaffe to work more quickly and spontaneously, resulting in a refreshing immediacy that is no less impactful than the canvas works.

The artist arrived in Paris in 1949; in the decades that followed, Jaffe established herself among a circle of American artists living in Paris including Sam Francis, Ellsworth Kelly, and Joan Mitchell. Many critics have drawn stylistic parallels between her paintings and the work of Henri Matisse, to which she was exposed in post-war Paris. In the monograph, Raphael Rubinstein quotes the artist:

“My interest first came through Duthuit who spoke so much to us about him, but it was only when I discovered the papiers découpés that I saw something that impressed me […] What I love with him is that the work is so positive, that it has a kind of, what shall I say?, optimism. Life presses [pousse] in his paintings. It is an art that rejects despair, but he must have known what despair was. These feelings are expressed by the means of painting. I hope that I, too, will be able to express the same qualities of vitality in my own paintings, with my complexity and my dissonances.”

Jaffe has enjoyed an increasing international following in recent years, and her work is in the collection of the Museum of Modern Art, New York, and the Centre Georges Pompidou, Paris, among others. 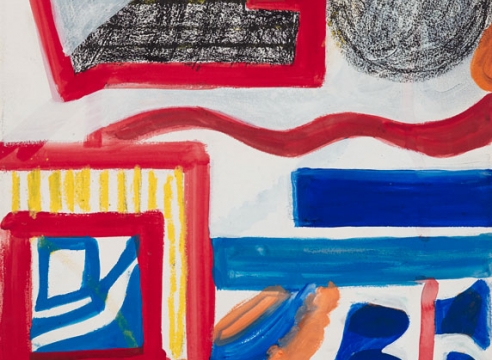 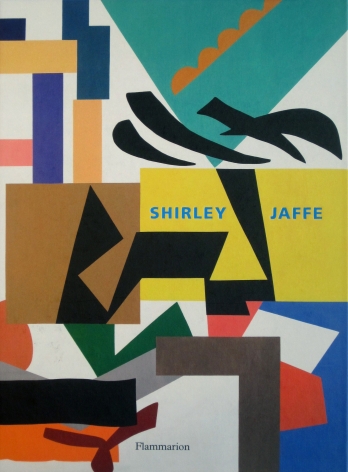 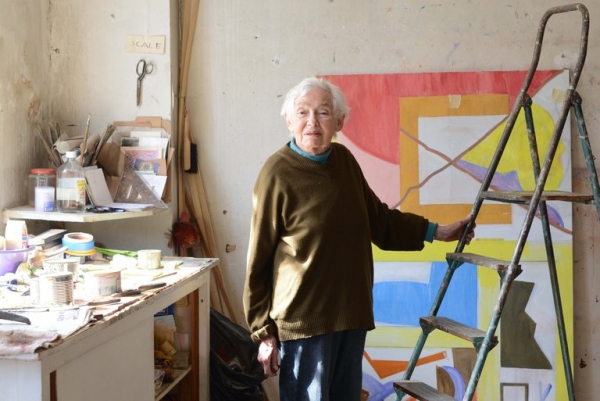