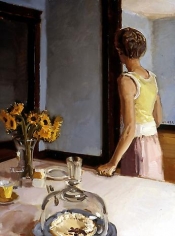 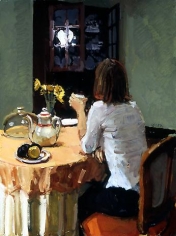 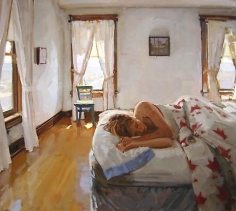 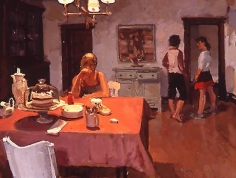 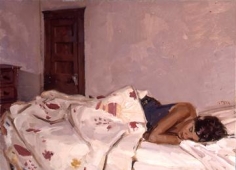 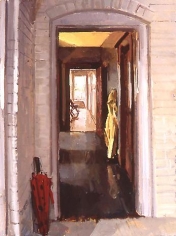 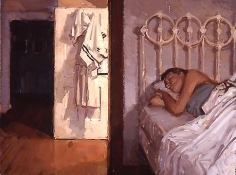 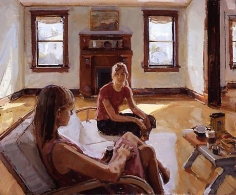 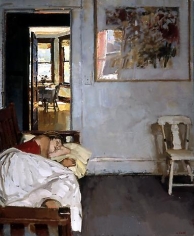 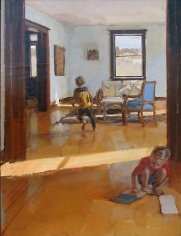 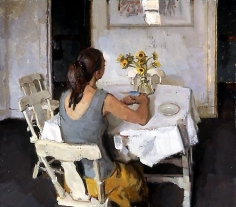 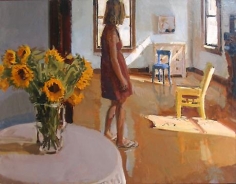 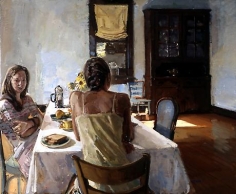 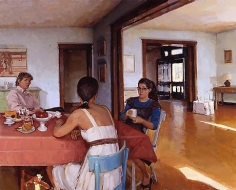 Geiger’s representational paintings portray family members and models in various rooms of his antebellum home in Charlottesville, Virginia. The artist captures often-fleeting scenes of interaction between people in quiet, seemingly unexceptional, moments. In several of the paintings the figures are seated around a table. Although they share the same space, the figures often look as though they are alone, with little to no interaction between them. In other paintings a solitary figure is standing or in repose, often with their backs facing the viewer, suggesting alienation and ennui. The paintings are psychologically charged and a narrative is hinted at, although never clear, thus giving the works an element of mystery.

Philip Geiger has exhibited widely throughout the United States and Ireland. He received a B.F.A. from Washington University and his M.F.A. from Yale University. He has been the recipient of numerous grants and awards including John-Hunter Memorial Award from the Allied Artists of America Foundation and the Ely Harwood Schless Memorial Prize. He is currently an art professor at the University of Virginia.