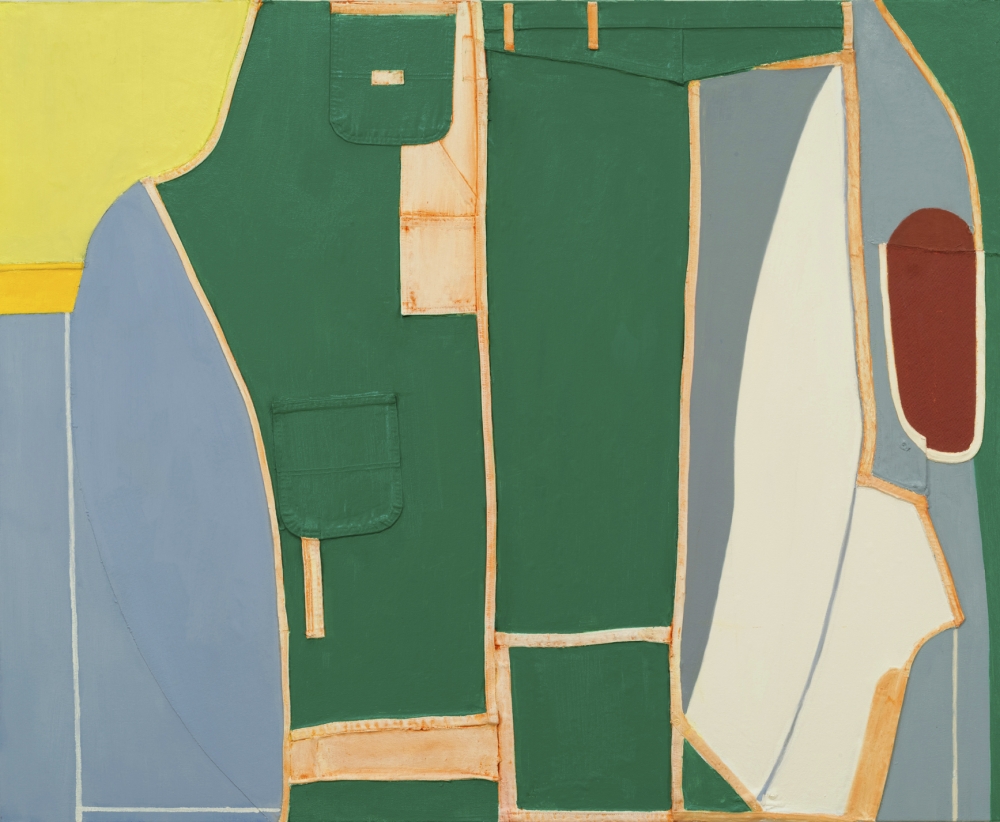 Medrie MacPhee
Are We Green About This?, 2017
oil and mixed media on canvas
45 x 55 inches

Mr. Myers left the gallery in 1970. By that time, Tibor de Nagy had relocated to the 57th Street gallery district. When Mr. de Nagy died in 1993, he bequeathed his business to two young gallery assistants, Eric Brown and Andrew Arnot. Over the next 24 years, Mr. Arnot and Mr. Brown built on the gallery’s legacy together, exhibiting New York School pictures alongside works by select contemporary artists influenced by New York School poets and painters.

But in the fast-paced New York art world, perhaps the only constant is change. Mr. Brown departed from the gallery this year. And now Mr. Arnot has relocated Tibor de Nagy to the Lower East Side, partnering with Betty Cuningham Gallery in a space-sharing agreement. With adjoining ground floor galleries at 11 and 15 Rivington Street, Tibor de Nagy and Betty Cuningham Gallery will now alternate between the two spaces.

This is Ms. MacPhee’s first exhibit with Tibor de Nagy and the simplified pictures here represent a change of course for the artist. In previous exhibitions she presented busy canvases, painting architectural renderings of construction site detritus.

Mr. Arnot has been keeping an eye on Ms. MacPhee’s progress. “I have known Medrie and visited with her at her studio many times over the years,” he says. “When I knew the gallery would be moving to Rivington Street and I would be able to open our first show at 11 Rivington Street this month, I thought of Medrie’s work.”

After decades uptown, Mr. Arnot says, the new location “feels like a complete breath of fresh air.” In September, the gallery will present a survey exhibition of artworks by New York School painter Larry Rivers.

Mr. Rivers made numerous paintings of poet friends, including iconic portraits of Frank O’Hara. Tibor de Nagy Editions launched sixty-five years ago, publishing Frank O’Hara’s first collection of poems. Ever since then, the gallery has played a key role promoting the creative give-and-take between New York School painters and poets, an underappreciated chapter of modern art history. As Mr. Arnot settles in on the Lower East Side, perhaps he can take comfort in a line from Frank O’Hara’s poem, “Lines For The Fortune Cookies:” You may be a hit uptown, but downtown you’re legendary!