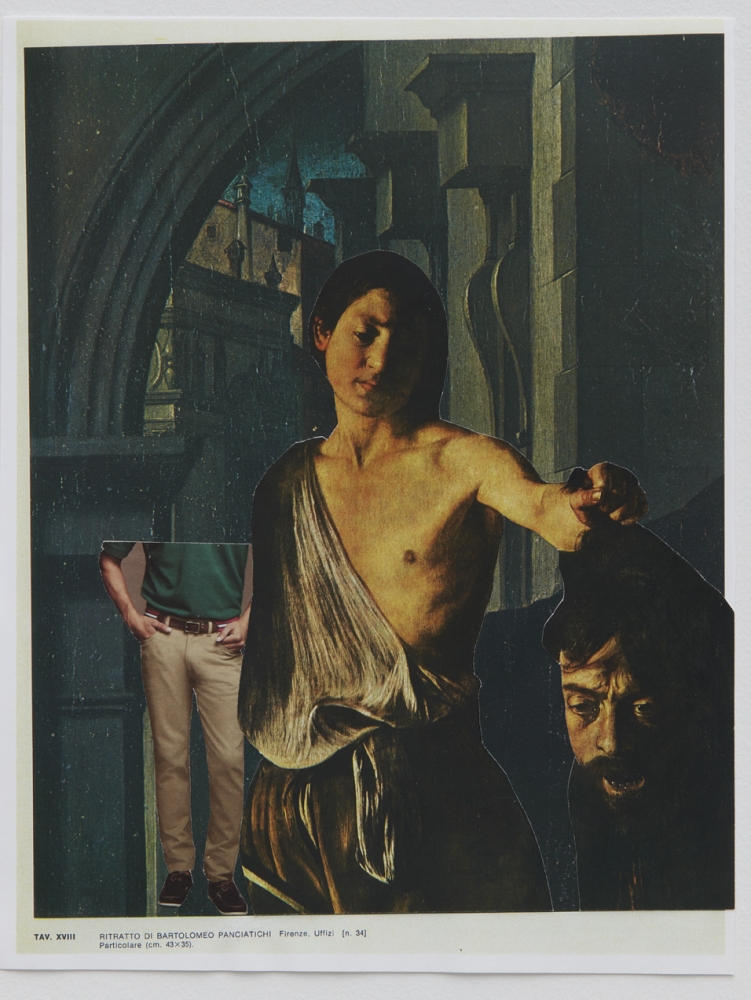 On December 31, 2017, the New York Times Magazine released its annual “The Lives They Lived” issue dedicated to the “artists, innovators, and thinkers” who had died that year. It featured a photo of John Ashbery’s collage-making desk, complete with paste can, scissors, and piles of ephemera. It might have seemed like an odd homage to the late poet. While there have been numerous critical studies of his poetry, there has been no sustained critical work on Ashbery’s collages. But two concurrent New York exhibitions—“Oh, What Fun! Collages 2015–2017” at Tibor de Nagy Gallery through October 14 and “The Construction of Fiction” at Pratt Manhattan Gallery through November 14—make it clear that Ashbery’s collages were in fact an integral part of his writing practice, shedding light on the nature of his idiosyncratic poetic technique.