Influenced by the Nabis painters from France, the artist Fairfield Porter, residing in the Hamptons and Maine, painted his domestic life, crafting a style that is quintessentially American. Porter saw a great deal of beauty in the world. He sought to echo that beauty by painting in a flat, direct and unpretentious manner.

Born in 1907 in Winnetka Illinois Fairfield was the fourth of five by the architect James Porter and the poet Ruth Furness Porter. He earned his M.A. at Harvard in 1928. Later he studied contemporary art making at the Art Students League in New York. Porter remained steadfastly interested in figurative realism throughout his life even when his interest ran counter to the prevailing tide of Abstract Expressionism. He forged strong friendships with those affiliated with the New York School such as John Ashbery, Frank O’Hara, James Schuyler, Jane Freilicher and Larry Rivers. Many of these friends appear as subjects in his paintings. In addition to painting, Porter wrote art reviews for Artnews and the Nation.

Fairfield Porter’s exhibited extensively during his lifetime. His works are in over sixty public collections such as The Museum of Modern Art, New York; Museum of Fine Arts, Boston; The Cleveland Museum of Art, Ohio and The Art Institute of Chicago, Illinois and The Parrish Art Museum, Southampton, New York. 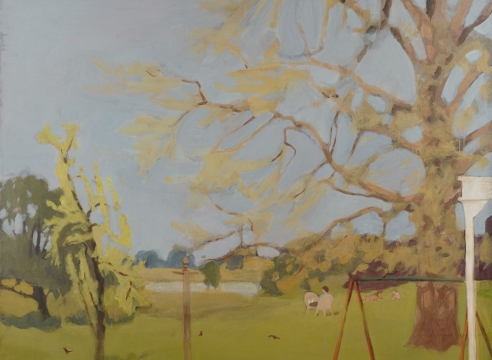 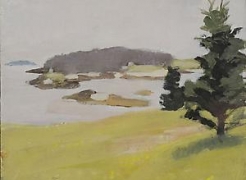 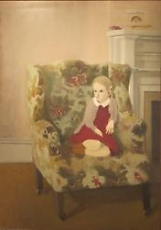 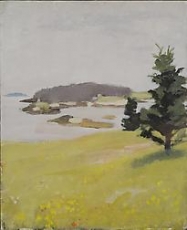 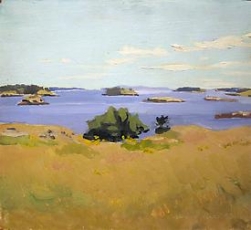 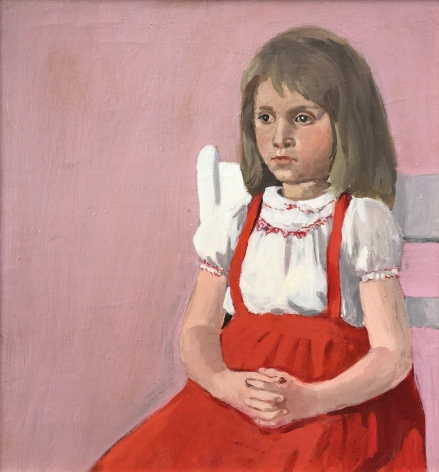 The art of Fairfield Porter (b. 1907) might be more admired today than when he died in 1975. If so, it’s because he has given younger painters a way out of their own race with art criticism, academic theory, shopworn irony, heartless formalism, and mannered diffidence as if painting had no future. These are the artists who need to see Fairfield Porter: Things as They Are at Tibor de Nagy most.